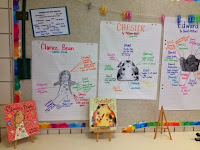 Last week, we were talking about a teacher named Mrs. Augusta. She was coming to our school to help us be better writers. She was working in Mrs. Abrahams class and Mrs. Kosolowski's class. Ms. Clarke had to watch them talk about it and we got to go to the library and watch movies. That's totally fair. -Jonathan

The movies that we watched were The Ant Bully and second one was James and the Giant Peach. The third one was Chrysanthemum and then The Weekend with Wendell. -Matt G 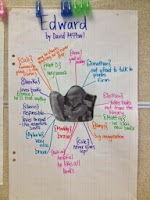 In our classrrom we were writing about characters. We did 8 character maps. First Ms. Clarke took a picture of the character and glued it to the middle of the paper. Then we read the book. Then after we read the book, we would put things about them.  -Maddy

The characters were Chester, Clarice Bean, Edward, Nora, Charles, Yoko, and Wemberly... and Cali! Cali sat on the stool and she couldn't talk and we had to say stuff about her. And at the end Cali was going to correct it. We asked her some questions too. -Karys 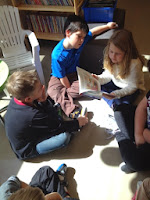 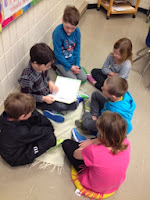 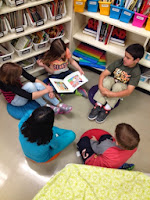