Today we did our Gotta Go! play. We had to say our words when it was your turn. For part of it we had to turn off the lights. We paused after each scene so people could put on their costumes. We are already at the part where the butterflies are heading to Mexico. We started video taping our play. We going to put it on our classroom blog and memory sticks.
-Room 9 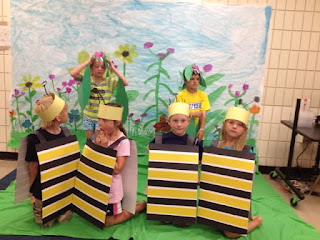 Today we went to the computer lab and Mrs. Malkoske said we could go on anything on the wiki because it was our last computer lab. -Nick
Today when I logged in, I went to Wordle and Lindsay and Jadyn did it too. I wrote about summer. When I was done I went to KidBlog and did comments. I started a post. My title was "What I'm going to do in My Summer." -Rhianna
Today we got to have early gym. We watched a movie and it was about dogs. -Lindsay
Today Mrs. Malkoske was cleaning up the classroom and arranging it for next year. We got to take our book boxes home if we wanted to. I couldn't fit everything in my bag. It will be heavy. -Taylor
Today at school we did some packing up. I put my book box and my duotangs in my backpack. -Cam
Today was our first blog back. We haven't blogged for a week and two days. Mrs. Malkoske was sick. She went to the doctor. I missed her. -Rylee
Today in the gym we watched a movie. I sat at the front. It was funny. I had fun. -Kaspir
The movie was Marley and Me. Marley and the other dog went to the dog show. Brody's friend won. She had pugs. -Sydney H
Mrs. Malkoske was sick for 12 days. We had lots of substitutes. She missed field day. -Ali
One of the dogs names was Turbo. The kindergartens were in there. I went to go sit with them. Then they left and Lindsay and Rhianna moved over and we watched the rest of the movie. -Jadyn
Today in the computer lab I went to my KidBlog and Kendal and Rylee were looking at pictures of butterflies, caterpillars and moths. Then I wanted to go and look at pictures of them too. We found really cool ones. We typed in some of the names that we knew of . -Sydney R
Posted by Erin Clarke at 3:55 PM 0 comments

Getting Ready to Gotta Go! 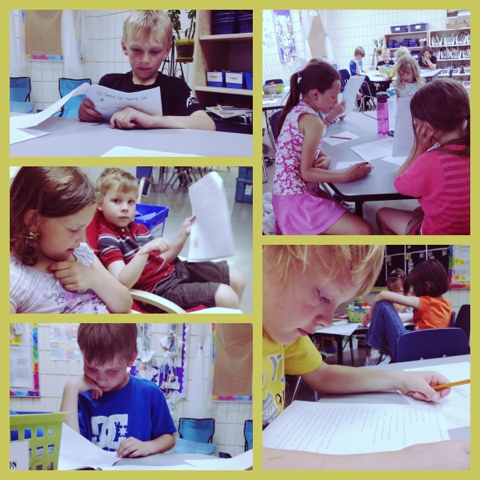 Today we did our Gotta Go! play. We had to read all the pages and we had to write which part we wanted. Stay tuned next week!
Posted by Erin Clarke at 3:59 PM 0 comments

Today we did math and we had to get papers and we did a little bit of place value. It was fun. -Nick
Yesterday Kendall's Grandma caught a moth and it looked like it had holes in it's wings. It laid lots of eggs. -Jonathon
Today I brought a moth to school. It was ginormous! I'm going to do research on it because I'm doing moths for a project. It looked dead but it actually wasn't. It woke up and started flapping it's wings and stuff. At recess the moth started to lay eggs. We saw the moth laying eggs. It's a Polyphemus Moth. -Kendall & Rylee
Today we did number of the day. We didn't do it for a long time. The grade 2s number was 143. The grade 1s number was 43. We had music. Some of us finished our poster of us sitting and standing. -Sydney H
Today at lunch recess we found a white moth and at last recess we let the white one go. It flew around and then it landed on my cheek. We showed Mr. Chan. The other moth laid eggs. -Sydney R 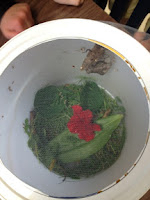 Today at lunch recess I lost my other canker worm from the morning. The girls found me some. I was happy. I had to go in the classroom to talk about how we're supposed to let the canker worms go. -Cam

Today during Daily 5 the kids of Room 9 wrote about how they've grown and changed as readers, writers, listeners, spellers and learners. We started to put our reflections in to Vokis. Here are a couple of our finished products.
Posted by Erin Clarke at 3:57 PM 2 comments

Today we did a play. It was "Gotta Go, Gotta Go!". I was the first caterpillar and the first butterfly. The other caterpillars and butterflies were Olivia, Rhianna and Cameron. I had fun doing the play. We took a little bit longer to do it because we started after the other group. At recess we found canker worms and a caterpillar and we let them go. -Jadyn
When we were doing the play, I was with Mrs. Malkoske. You have to say like the words on the paper. -Nick
When we were doing the play my character was Flower. It was really fun. I was the only flower. -Ali
When I was doing the play I was butterfly #4. I had to put my finger up in the air. I went a lot of times. It was fun. -Cam
I was in Mrs. Malkoske's group. I was caterpillar number 4 and butterfly number 4. I had to put one finger in the air. It was awesome. -Sydney R
Today we did a play. Me and Tyson were Milkweed. I was number 1 and Tyson was number 2. -Lindsay
Today in the afternoon we did a play. There were two groups with 11 and 12. I was in Ms. P's group. In the last half of the group Ms. P had to leave and we had to do it on our own. I got a little mixed up but Olivia helped. -Rhianna
I was butterfly and caterpillar number 3. Whenever somebody said "Me..." I had to say "Me three!" because I was butterfly number 3. Rhianna was the same character as me but she was in another group. -Rylee
In the beginning of inquiry Mrs. Malkoske had some scripts and it was about a book that we read. She put us in groups and we practiced the play. -Taylor
For the play I was narrator 1. My other narrator was one of my friends. I had a lot of times to speak. -Jolene
In the play I was a narrator with Jonathon. I was narrator 2. I got a lot of times to speak. I kept having to say "and they walked just as fast as they could." -Tristan
Posted by Erin Clarke at 3:57 PM 0 comments 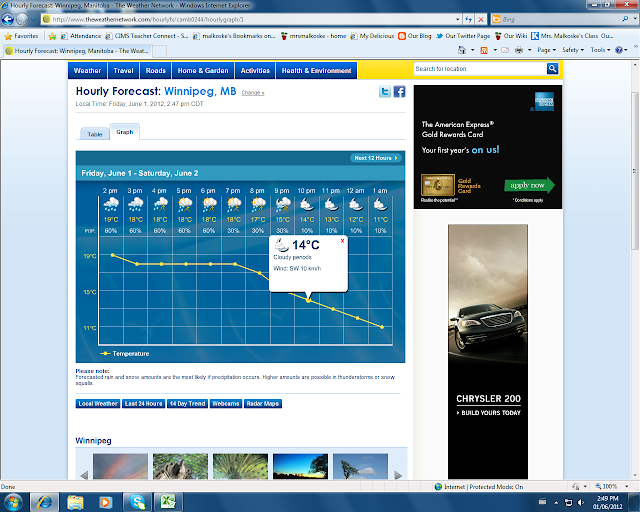 Today in the morning we looked at the weather. It was supposed to be sunny all morning but in the afternoon it was supposed to rain. But it's not raining yet, but it looks like it might. They also said thunderstorms. There were 60%'s and 30%'s and 10%'s. We looked at it again this afternoon and it was a new board but it still said thunderstorms and cloudy. At recess I think I felt one rain drop. It was mostly blue sky but a little bit cloudy. -Rhianna
After last recess we checked the weather. Before it was sunny and now it changed to rain. At 9 o'clock it's supposed to thunderstorms. -Sydney H
At the top of the screen there's a picture of what we were looking at today. Right now at almost 3 o'clock that's the weather page right now. -Tristan
When I was at recess it was very hot. Every time I ran my breath got carried away. -Ali
Today we looked at the weather. It's supposed to rain 2, 3, 4, 5, 6, 7, 8 and 9 o'clock. On Tuesday we did a painting of weather that we saw out our car window or house window. I painted a rainbow and I used a little brush. I put a sun. -Jadyn


Today me and Sydney R found a Jipce moth and it liked me. The moth did not eat anything. Every one was crowding us because the moth was so cool. We kept putting the moth on the wall by the garden. When we had recess he was there every time we checked. Each time we found the moth Kendall was the only one that holded it because Sydney R and Rylee were to scard! The moth didn't like to fly. When the bell rang at last recess it flow on the merol on the school we could not get it. - Sydney R & Kendall the moth story!
Posted by Erin Clarke at 3:32 PM 0 comments