Neurons and Other Stuff!

On Tuesday Ms. Clarke downloaded an app on the iPad and it's called The Adventures of Ned the Neuron. It's a video story thing and we listened to it. Ned goes and he gets invited to work in the brain. Then he decides to go teach himself how to do the computer thing. Then he started pushing a bunch of buttons and it didn't work. The neuron beside him said "Let's start this thing up!" He was trying to make Sofie do a cartwheel. He pressed a button to make her run and she stepped on a rock. Then he went to the spinal cord and talked to other neurons. Spike was flashing with electricity because Sofie was hurt and he senses pain. Then they went back up to the brain. There were funny little neurons and they all worked for different parts of the body. They found out she stepped on something pokey and it turned out to be a rock. Then they went to the eye. Ms. Clarke tilted the iPad to find shoes instead of her going inside. Ned wanted her to stay outside and do cartwheels. In the end she put on the shoes and did cartwheels. -Cali

Here is a picture of the app: 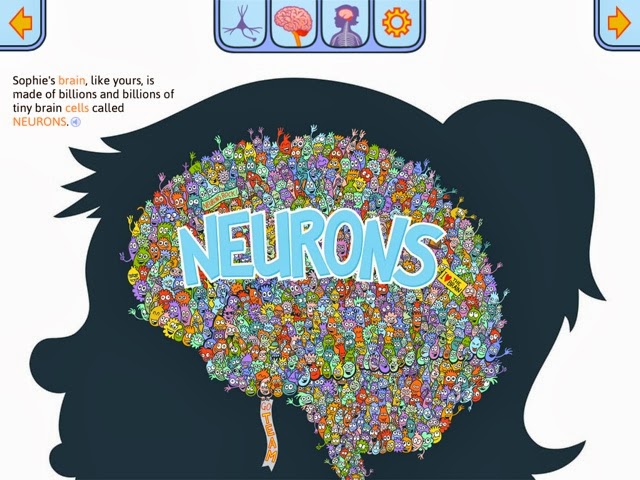 Today Ms. Clarke brought new books and the class had to pick one of the books and read some of it. They were really good books. We got Lulu and the Brontosaurus, and there was a book about Flat Stanley. There were Mercy Watson books and you had to pick a just right book for you. -Ashten

Me and Matt D were reading a Mercy Watson book and it was funny. In the book, on the first page, there was a picture of a nice yummy breakfast. -Nick

I read a Mercy Watson and they were new books so we weren't allowed to have them in our book boxes yet. Ms. Clarke said in a week we could have them in our book boxes. In the Mercy Watson book this robber wanted to be a cowboy but he was a theif. Mercy got up because she thought he was making toast but he was stealing the toaster. Mercy fell asleep by the door. He had to go over her to get to the door. Then she woke up and he was riding her all over the yard! -Madeline 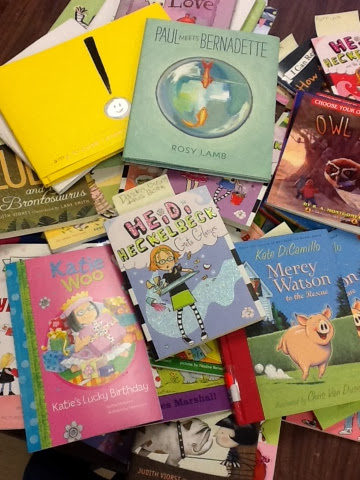