Hello Room 9 readers!
It's about 8:00 in Orlando and I'm sitting on the side of the highway near the cruise ship docks just outside of Cocoa Beach waiting for NASA to launch the TDRS-K rocket! It's so exciting here... There are hundreds of cars parked on the side of the road just waiting for the rocket. We're sitting in the car having a picnic :)
I wasn't sure what to expect on the drive out. Even when we arrived, it wasn't quite as I expected. Most people are sitting in their cars just quietly waiting. There isn't music playing and most people are just sitting watching the sky.
Right now Mr. Hoeppner is talking with a man who has seen a couple of shuttle launches and a few rockets. They come whenever they can.
We also met a man who is walking across America right now. He left from Maine on October 1 and plans to reach Miami on Valentine's Day. He just happened to be passing through Florida at the right time.
Before our trip to Kennedy Space Center, I wasn't too excited about the launch but after spending the day learning, I can hardly wait! It's almost magical.
Mr. Hoeppner is VERY excited about the launch. He said that when he was a boy, he wanted to be an astronaut. He still knows a lot about space shuttles and rockets and the research they do on the missions.
Tomorrow I'll try and post a video of the launch... Gotta go for now. It's almost time!
-Mrs Malkoske 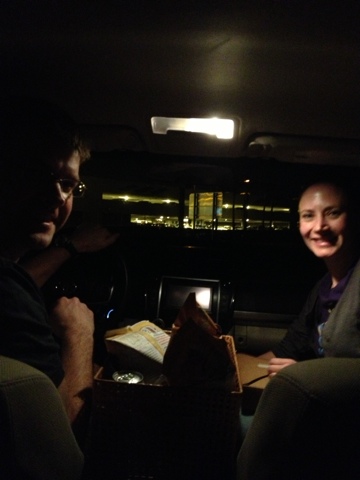 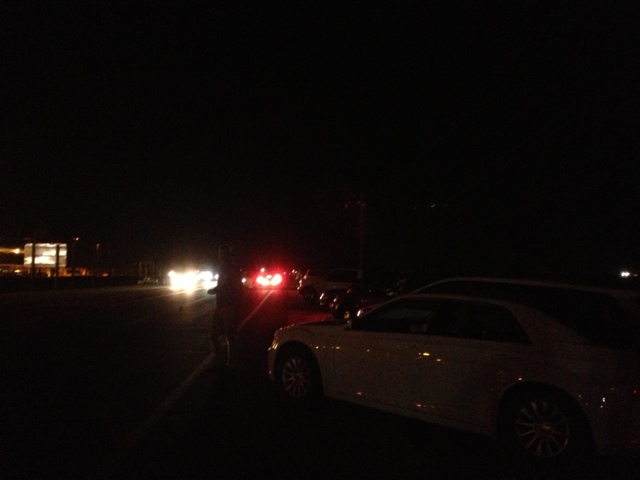