The last few weeks we have been doing a project with our learning buddies. The project is a story telling project. So when we started we got split into groups and those would be the groups for the project. Each group got to hear from a guy named Mr. Mercredi he told us some stories from when he was a kid. They weren't real stories but they are stories that his family believed in. Some stories were funny and others taught you a lesson. Then a few days later we meet with a guy named Mr. Kapilik. He helped us figure out what our story would be about, what animals would be in the story, which lesson we wanted to teach, stuff like that. After we figured out all that, we started the story. While we came up with the story the teacher in our group, Mrs. Kosolowski, wrote it down on the computer. So then again, in a few days, we edited the story. Meanwhile, in Mrs. Malkoske's group they were doing the same thing but they just had a different story. There story is about "How the Catfish got it's Whiskers" and our's is about "How the Turtle got it's Shell". Today we are going to fnish up editing our story. And tomorrow we're going on a field trip to Bird's Hill to video tape the backround because we're going to make it into a play and show the whole school at an assembly. Every single class in the school is doing something Aboriginal and they have to show a presentation! 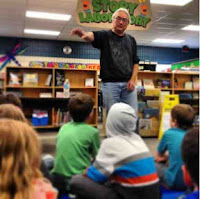 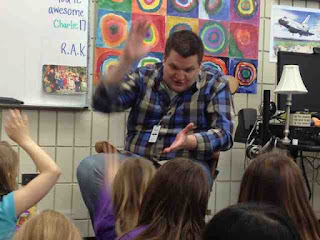