Today we played the brain game and it was fun. One of the games was we had to go and get stuff that was biggest to smallest and Cam got the pea pod and I got the tiniest things. It was a poppyseed. -Elly
Today we played two brain games. One of them was kind of like Guess Who. The other one was biggest to smallest. I got one of the word work materials and after, other people had to get smaller things. -Rhianna
After lunch recess we played three brain games. The first one was one person had to think of 4 sounds like clapping and snapping. Then we went around the circle and we all had to do the same. We could only do it after the person on the left side of us did it. -Syd 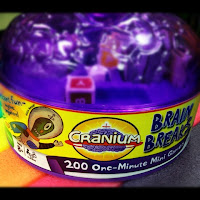 i love brain games! They are so cool. Reegan's mom.

The Brain Games you Play sound like lots of FUN!
We Love reading your Classroom Blog Elly, keeps us Grandparents up to date at what you are learning at school :) Looks like you have a GREAT Teacher!