We are learning about solids, liquids and gas in science. We know that ice melts into a liquid that's water. He will melt unless we put him back outside where it's cold enough. Frosty looked like he was sweating and the sun is making him hot and trying to melt him. Frosty is going to melt and at the bottom there is a crack and it looks like a marble. Frosty the snowman is getting cracks in his head and all of his parts on him like his nose and eyes and buttons and tie are starting to leak off. We know he's melting because the water is making the sticky stuff fall off. When Frosty melts he'll look like a puddle. He looks like a snowman made of marbles. He was big and his nose fell off. He's getting smaller and smaller and there's water in the bottom of the water table. Some leaked out on the floor. He has holes in him now. We think that tomorrow he'll be all water. 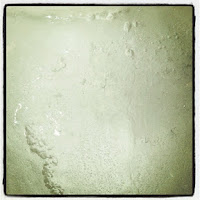 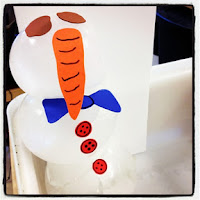 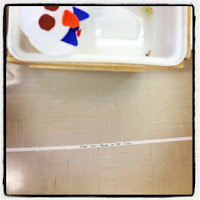 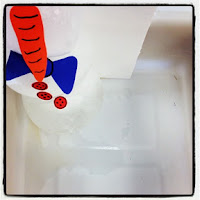 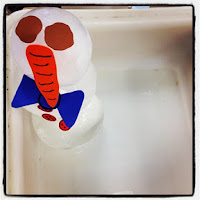