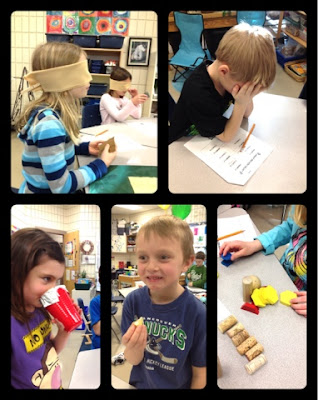 Today's blog post was written by Madeline. She has been wanting to blog our day all by herself for quite a while now :) I think she did a fabulous job!
-Mrs. Malkoske

Today we had science centers. They were about the  5 sences. One of the centers was taste and we had to taste a leamon salt, suger, lifesavers and a orange. The leamon tasted horribele. The lifesavers tasted hot and minty.The orange tasted  okay. One of the other centers was smell. Ms. Anderlic put some liquids and some solids into a cup and she put foil on the cup so we could not see what was inside. Ms. Anderlic put little holes so we could smell what was inside. Then we had to write we thought it was. After Ms. Anderlic told us what was inside the cup. Some things in the cup smelled yummy. Some of the things it the cup smelled yuckey. One of the other center was touch. We had to cover our eyes so we could not see what it was. We had to try to figure out what it was and what it felt like. Then we had to write what it felt like and what we thout it was. The next center was sight. We had to sort them. We had to write about are sorting rule. The last one was sound. we had to close are eyes again. Ms. Anderlic got a thing and she put it close to our ear for the sense of hearing. An example is a pencil sharpener. Then we wrote what we thought it was on are paper. We did a art project with crayons. Last day we picked out some crayons for the art project. Then we put tape that was sticky on both sides. Then we stuck the crayons on. The next day Mrs. Malkoske had two hairdryers. Then we  blowdryerd the crayons. Then it melted and then the wax came down. My Grandma came to read a book called Ladybug Girl. Beacause I am star of the week. The book very good. I liked when my Grandma came to read.- Madeline

Thank you to all of the families that have taken the time to read and comment on our Mixbook! The children are enjoying sharing their hard work with you. Here are some of the comments we have received so far: 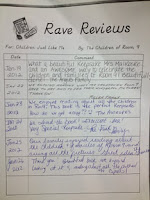 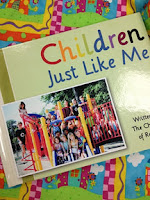 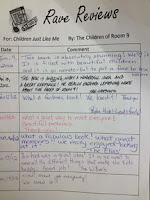 Wow madeline it is so colreful

Thank you for sharing about your day, Madeline! You did an AWESOME job!! -Mom